Roof Repair from Wind Damage in Lake Worth, FL

If you’ve lived in South Florida for any length of time, you know how strong the winds can be. Paul Bange Roofing of South Florida offers roof repair services for wind damage in Lake Worth and Palm Beach, FL. Homeowners don’t have to worry about a wind damaged roof because our team has been repairing and replacing residential roofs for more than 40 years. We invite you to learn more about how the wind can damage your roof, how to detect wind damage on your roof, and what we can do for you. Get in touch with our team today to schedule roof service.

How to Detect Roofing Wind Damage

After a severe storm or hurricane, you’ll need to check your roof for damage. While we don’t expect homeowners to be roofing experts, they can perform a simple inspection to check for shingle damage. Start by looking for shingles that have blown off your roof on your lawn. Strong winds can damage roofing shingles without tearing them off the roof entirely. When this happens, you may be able to see horizontal creases on the shingle. Look for warping on your roof, including corners that are starting to curl up. A leak is another obvious sign that your roof has suffered storm damage. Check for water in your attic. Roof leaks tend to start small and always get bigger over time. Check out these signs that your roof has suffered wind damage and it’s time to call in our professionals:

Windstorms can be more destructive for your roof than you might think. Most roofs are designed to handle wind speeds up to 90 miles per hour. Roofs in South Florida are typically designed to handle higher winds from hurricanes. The National Severe Storm Laboratory says that severe thunderstorms can generate winds that exceed 100 mph, which is about twice the threshold for damaging winds. Thunderstorms account for about half of all severe damage in the mainland United States, and that number is likely higher in Florida. Wind loading is a factor that affects the likelihood of your roof suffering wind damage. The layout of your roof impacts the amount of force wind applies to it. Corners and eaves of roofs are more vulnerable to damage than other areas. Roofs that have been poorly installed or are thinner or poor quality are also at greater risk. While the wind itself is a threat to your home’s roof, the objects the wind carries are often to blame, including hail, debris, and tree limbs. Simple wear is one of the most significant factors, and over time wind can break down your roof until it eventually suffers damage.

Hurricanes are no joke, and they can wreak havoc on your residential or commercial roof. There are multiple ways that your roof can be damaged during a hurricane. Learn more about the following types of hurricane roof damage: 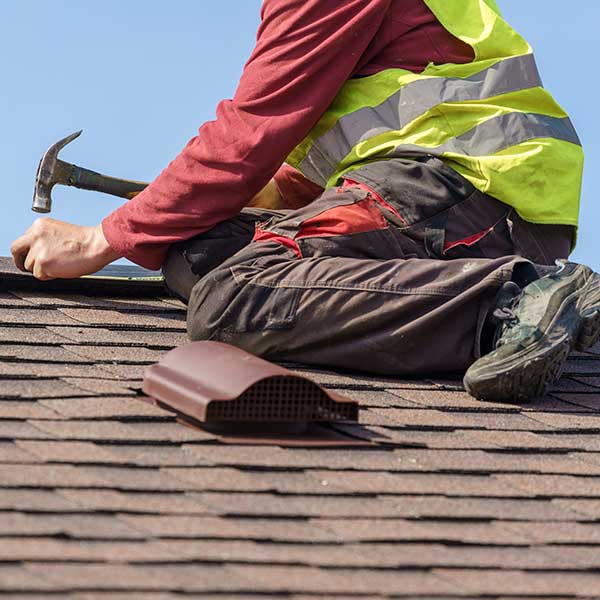 Paul Bange Roofing of South Florida helps homeowners in Lake Worth and Palm Beach, FL after the storm. We offer roof replacement and shingle replacement services to keep your roof protected from further wind damage. Learn more about what we can do for your roof:

If you’re concerned about wind damage to your roof, you need an experienced roofing team. Paul Bange Roofing of South Florida would be happy to perform a roof analysis. After assessing the damage, we’ll give you a quote for service and complete the roof repairs you need. Contact us today to get started.

Back to the top